skip to main | skip to sidebar

Last nite was the most tiring merdeka ever! hahaha.. but i did enjoy...

jerry n klay came to fetch me at bout 8.30pm.. then head to fetch rachel.. from puchong, jerry sped to putrajaya.. he said he no longer breaking 160km/hr, he's trying to break 190km/hr!! hahaha.. hey, it's fun but at the same time scary.. coz on merdeka's eve, it's too much cars to speed in between..

reached and parked out car at bout 10pm.. we parked at the big open spaced carpark next to MECD building.. and we're to view the fireworks from Putrajaya International Convention Centre (PICC).. so, we walked all along the government offices for 30minutes where we were stopped by polices at a bridge, the restricted area/firing zone.. thus, we have no choice but to walk back to take our car and drove nearer to PICC.. another 30mins back.. my legs shouted SOS!! hahaha.. i was so happy when we finally reached the car.. by then, it was already 11.10pm.. jerry sped like crazy.. goin 1 big round nearer to PICC.. finally, we get SO CLOSE, juz right at the entrance of PICC.. and thanks to the tickets we bought.. the polices are very kind to assist us all the way..

however, when we reached the entrance, the staffs asked us to wait for the shuttle bus.. coz to reach PICC, u have to go up spirally to the entrance.. i was like "OMG!! walk again??".. we decided to walk all the way up coz it's almost mid nite.. we walked, jogged, ran.. finally we reached there on time! no one checks our tickets.. coz everyone was oredi waiting.. the countdown starts 1min after tt.. fantastic! we din missed the opening..

the fireworks lasted 20mins.. it was a beautiful view.. but the fireworks and the music were not so synchronized.. heard tt team japan is world champion.. the designs are fantastic.. there's heart shapes, saturn planet, stars.. really beautiful.. klay brought his viewcam.. i did not bring my camera, thus i used my hp to capture part of the competition.. 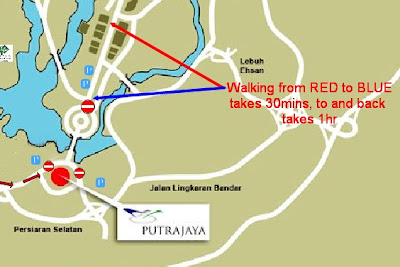 my legs are blardy aching today! ho ho ho... 1hr of walk really is a torture for the lazy me..

it's really nicer wif the background music.. there were many songs played..

it was really fantastic but i was so enjoying i can't focus on taking more videos.. hahaha.. 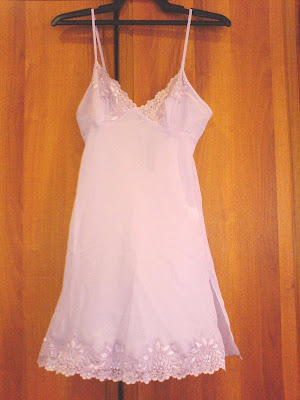 my belated bday present from rachel.. a lavender colored lingerie..
hehe.. surprisingly i can fit in size-L.. wahahahaha....

i had a very nice dinner last nite.. dear beckz ended work at 4pm but bcoz she wanted to accompany me for dinner, she stayed back at work till 6pm then came to look for me.. i appreciate it a lot, thanks beckz for the nice dinner..

she had written nice compliments about me in her blog.. i doubt i was tt good but i really need to thank her for listening to me when i desperately needed someone to.. muakz to my dearie beckzie (i know u hated this nick, but it really sounded cute).. hahaha..

and i oso wanted to say i love you dear sam.. i love u n beckz a lot.. MUAKZ!

jerry called.. askin me to join him to visit the Malaysia International Fireworks Competition 2007 at Putrajaya tomolo nite.. i really do not have the mood to go.. i juz want to stay home and wait.. but he's been askin few days ago.. i think i shud go out and walk around.. give my mind a break.. fireworks, it shud be warm, romantic and happy, rite? aarrrrrgggghhhhhhhhhh... 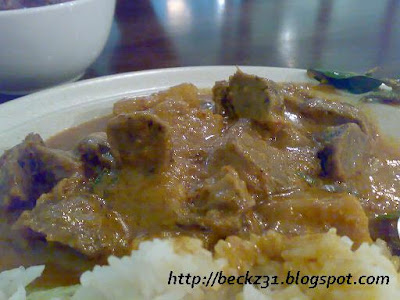 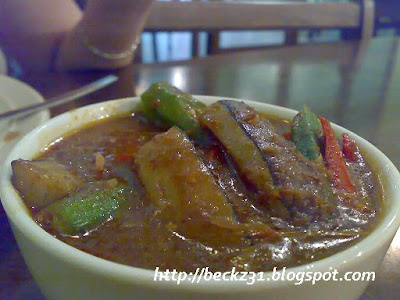 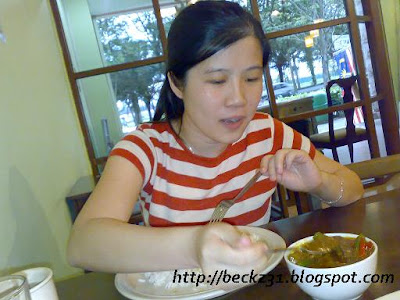 i look so greedy! wahahaha.. thanks beckz for the dinner..

Happy Birthday to Me!

happy birthday to myself! i'm 26 tis year.. getting older each year..

i'm still waiting.. i'll continue to wait.. tis is training my patience.. i muz oso remind myself not to be so emotional.. sigh.. it shall be over soon.. it will..

i din get any better.. things are still the same.. i'm praying very hard that it all goes smoothly.. it's been 3 weeks.. i really hope everything will turn out well.. at times, i desperately wish i could turn back time.. i really dun understand, y things can be really so unfair.. i really wish everything can go back to the same old time.. but there's nothing i could do other than juz pray.. sigh..

life is really suffering and torturing.. no wonder my grandma always tell me, shud she have the chance to reincarnate, she wants to be a stone.. with no worries, no brains, no feelings.. but i always tell her, stones have to stay under rain n hot sun, as days goes by, big stones will break bcome many small stones.. hmmm... stone not so good too ya?

dunno la.. i dunno wat i can do anymore.. i juz felt like doing nothing and juz let the sky falls on me.. but my brain juz wont stop thinking, turning, feeling.. shitzy shitz..

i'm diverting my attention every nite on dramas.. here goes another one.. 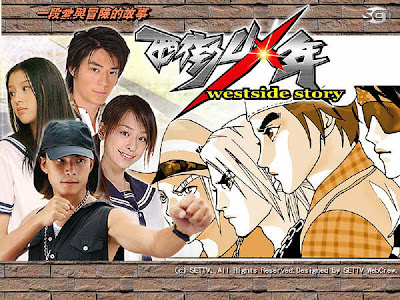 The Weeks That Gone By...

it has been more than 2 weeks, my emotional has been going through drastic ups n downs.. causing myself hormone imbalance.. shitz.. i'm having brown spots almost everyday! sigh.. eye bags, dark circles... arrrgghhhh.... when will this end? when will it stop "raining" and "storming"? when will it go back to the peaceful old life? shitzy shitz.. keeping myself busy and to not occupied my brains wif unnecessary, stupid, negatives thoughts! sigh... nid to stop torturing my brain.. to that, i seek resort to the following anime & dramas...

Sailormoon
been watching this since months ago.. still watching :P but stopped to watch others.. this anime is so so so so cute! noisy.. but cute.. my favorite... :) 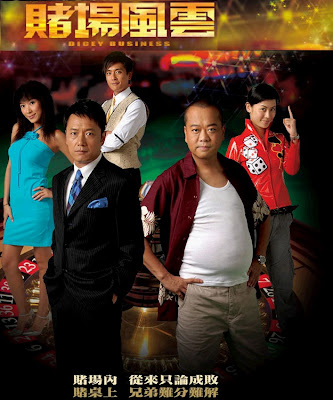 Dicey Business
funny! dramatic! but i dun quite understand bout the show hand, black jacks n all... hehe.. prolly coz i nv knew how to play.. :P 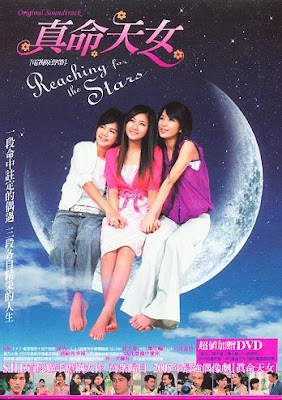 Reaching for the Stars
old drama.. cute but i'm watching coz there're SHE in it.. hahaha..

tomolo.. laundry & housekeeping! i nid to stuff my brain full of things to do... aarrgghh...

lady luck.. where are u? i nid u to grant me some wishes and some luck..

i wish i could turn back time.. so i could do prevent many, many foolish things from happening..

i wish i could turn back time.. so many ppl will have their chance to prevent many, many foolish things from happening..

i wish i could turn back time.. so everyone can have the chance to start all over again..

i really wish i could turn back time...