skip to main | skip to sidebar

i sudah boring sampai nothing to do.. was on FB playing some personality tests.. hahahahaha... tomoro's another day... sigh.... 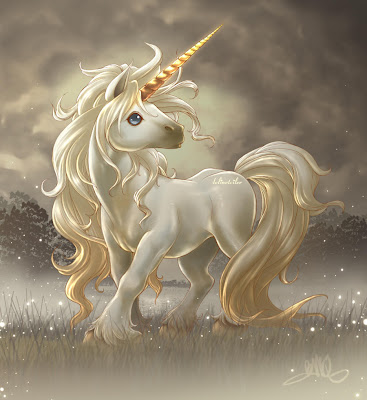 What kind of fantasy creature are you?
While normally associated as a very feminine creature, unicorns are anything but. With their giant horns, unicorns are very battle-ready and can be fierce if they or loved ones are threatened. Unicorns, however, are the least violent of all fantasy creatures. They are very calm, and would prefer to fight a battle with words of wisdom then fighting. They have fast reflexes and love to run. They are generally solitary creatures, but often have a few good friends. Unicorns are very wise and powerful. Some unicorns often grow wings, in which case they are often called pegasuses. Male unicorns can be very fierce, and are normally the color of black coal. They use their horns as swords to spear and impale people, while it also has some healing properties. A few lucky humans have managed to bridle unicorns, in which case they have forced it to do his bidding. But woe to those who dare let their harnasses slip.